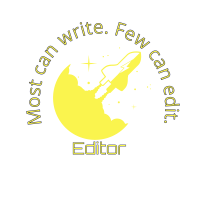 Some.Arsonist is introverted and socially anxious, and would rather spend up to six hours playing Genshin Impact than spend any amount of time on social interaction. They occasionally play Destiny 2, and very rarely Minecraft. They also enjoy writing and reading a variety of different genres.

YellowThing has been enjoying playing a large variety of games for years now – from Portal to Stardew Valley, from Civilisation to XCOM. Outside of gaming, he also enjoys listening to music, sleeping, and having a good time with his friends.

EthanVANIA is a Retro gamer who really enjoys Retro games, he enjoys modern games as well, but prefers retro. He is also a video game nerd (like seriously he knows about Super Metroid which was released in 1994 on the Super Nintendo and was a huge success to critics and fans alike) and he really enjoys reviewing these games as well as doing in-depth analyses about them.

Maverick has been playing PC games for 3 years. He wont stop playing games until someone drags him from away from the keyboard! He is always open to new games and new content.

Key? is a big time gamer, so when he has nothing better to do you can usually find him playing games. But when that gets old he can be found writing for Yelling At Children like he has since it’s creation.

Snaggy is someone who enjoys the outdoors parkour and many physical activities, He also enjoys gaming! You might, on the slight chance, catch him playing Minecraft, R6 and many other games.

WolfRito likes to play games the wrong way and sometimes even breaks them. He also likes deep dives into game mechanics to see how they work.

Immortalized enjoys playing video games either on his laptop or on his PS4.  When Immortalized plays the game Garry’s Mod, he will spawn in a vehicle, in this case a car, and then he would go into the “Tools” section of the spawn menu and spawn in a camera to attach to the vehicle. Then after all that, he would get into the car and start driving while looking through the camera’s point of view. Immortalized is the type of guy who enjoys playing games while giving himself the feeling of being in a film.

Mamooth only had one purpose in life and that was to game. Thanks to Yelling At Children, now he has two.

Bing tang xiao kun play’s Genshin Impact and he is the first person that doesn’t pay for the game and can still get more than seventy thousand primogems! He strongly encourages people to not put too much money into the game.

Giao, who is from China, plays of League Of Legends, but now Giao prefers to be playing Sea of Thieves with friends. They are a very nice and kind player and often visit single-player and tolls are collected. They enjoy robbing other ships especially if they can make their prey rage quit.

Sh1penfire enjoys programming and game related activities and won’t stop ranting on about Game Design. He often has a severe lack of funny, but he enjoys reviewing games he likes for Yelling at Children. You can find him in his room going on five hour stakeouts with his imaginary friends watching for a blade of grass to fly by.

EggLord26 is commonly found playing games such as Minecraft or Rust. He likes to mod games and use the creative tools some games offer. He is also interested in drawing and designing environments or creatures with digital art programs. Computers are a big interest and he likes to open them up because he is interested in technology and pushing games to their graphical limit.

EggLord26 is also a member of the PC master race.

Antfox319 is a gamer who likes playing a variety of games. He also LOVES his food and will eat and eat and …. Well eat. Back to gaming, he really likes Terraria now, but he is constantly switching games. He really doesn’t have a favourite game or game genre. He even spends a lot on some games then doesn’t play it in forever. One game he always plays with friends is Roblox Bedwars. He does rage A LOT when playing Roblox Bedwars. He games on his iPad and Nintendo switch, and it’s a miracle that his iPad has survived this long.

Ben dover is a gaming “comedian” who uses their soundboard to entertain and delight people by playing different characters in voice chat. He can be found in games like SCP Secret Laboratory, as people like Bob Ross, Half-life Scientist, Demoman, Spy tf2 and Bully Maguire.

Toma awa is sociable, funny, lazy and enjoys PC gaming. He can be found playing games such as From the Depths, Roblox, Minecraft (preferably modded) and many others.

CRACKEN loves sports, mainly basketball and soccer. His favourite game is called Blox Fruits: it can be played on Roblox. You can see CRACKEN playing basketball in the gym. He is very nice and loves to play games with friends.

A new writer, Aurelian loves strategy games and stealth games. Aurelian is excited to start writing for Yelling at Children because they have strong opinions and the will to say them.

AquaDude72 is a creative gamer with a slight skill issue. This is why he mostly plays sandbox games like tabs and Minecraft. Although he enjoys sandbox games, he also plays open-world R.P.Gs like Elden Ring and Red Dead Redemption. He is very recognisable when put around burgers: they magically disappear!

Jam3s0009 likes playing strategy games and open-world RPGs. He likes painting models, and his favourite games are Dune – Spice Wars, Ghost of Tsushima, God of War, and the Witcher 3.

Iplayz47 is a gamer who loves playing war games. He is a heavy metal fan who enjoys headbanging to ACDC and Guns and Roses. When it comes to pizza, he orders Margarita.

Chizxq likes basketball and bike riding. When he was a little gamer, he liked playing Minecraft, but now Chizxq plays GTA, Siege, Apex and Rust. Also, Chizxq likes pizza, HSPs and Chinese food. Chizxq spends his spare time hanging out with his friends and riding bikes.

Trout is a crazy, trigger-happy, lovable guy who loves exploring open-world games and awesome irl locations. He loves staying in bed and gaming with friends but always enjoys roleplaying in DnD, petting his pet, and eating. His favourite games include Minecraft, Legend of Zelda: BOTW, and Trailmakers, and he is always looking for someone to play with.

Axoliez believes that Valorant is a far superior game to GTAV. She also is acutely aware that the Russians are watching us.

Iggylop is an introvert who is quite shy who likes to spend his days wasting away playing video games and reading their lore when he should be sleeping. He loves to do a range of exercises: such as getting up from bed, lying on the couch, moving his hands to play online shooter games, inhaling oxygen and exhaling carbon dioxide.

GamerBear loves gaming. When he is not gaming, he is at the Australian Ballet School dancing his heart out. He is the eldest of five children who drive him insane. Gamerbear is driven to constantly improve himself and always wants to be the best at everything, but it might take another year or two of building the skills needed to succeed in this endeavour!

DogsBreakfast plays Nintendo and the occasional Bloons TD 6. She does not love to game, but she loves to watch movies and write.  She has a SMALL dog problem and loves hanging out with friends.

Butterfly is a very anxious, autistic girl. She prefers more
casual games or gaming with her people. Other than video
games, she enjoys drawing and talking to friends. Some of
her favourite games include Minecraft, Roblox, Slime Rancher,
Stardew Valley and The Stanley Parable.

Thak is a little gremlin who likes to play video games. He prefers to speak over the computer than in real life and spends most of his time inside. Thak enjoys goofy and silly images and videos for some reason they make him laugh.

I am you is an ambivert who enjoys sport and video games and always has something to do at school yet not much to do at home.

PhoneyWill is an extroverted gamer who loves socialising. He adores Destiny 2 and is also fond of the God Of War series. His guilty pleasure is mobile games. He plays on a gaming PC on the weekdays and the PS5 on the weekends.

Idk a name likes trains and gaming. His happy place is train simulators. If he isn’t obsessing over trains or playing video games, you will often find him asleep… dreaming about trains.

Ink_Sparrow, also known as Inky, loves to play puzzle video games, sandbox games, and even occasionally builds Lego in their free time — when he isn’t cleaning up said Lego.